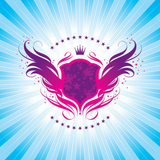 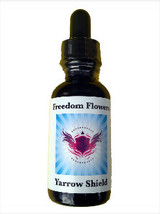 Are you sensitive to environments and other people's moods and energies? Do you often emotionally take on what others are going through? Yarrow Shield establishes safe boundaries without shutting down your empath gift, and is protective against intentional attack or passive absorption.
People who have experienced psychological trauma especially in childhood sometimes find themselves tuned in to other people’s moods and emotions. While they may have an excellent sense of others' needs and moods, they may also absorb others' negative emotions or even be the target for manipulation or emotional trauma deliberately imposed on them.
Yarrow Shield may help with:
"Since taking Yarrow Shield essence, I'm able to use my empathic abilities without absorbing the other person's emotions and I don't get so easily overwhelmed by my environment. So freeing!" -Alissa
"I've been on Yarrow Shield for about 3 weeks now and I'm a changed person. I can go grocery shopping without panic attacks. I'm able to focus on conversations rather than being bombarded with everyone's "stuff." It doesn't shut down my sensitivities, rather it lets me choose when to access it." -Julie
Yarrow flower essence helps the sensitive person to be less affected by other people's moods or less than harmonious environments.  It sets boundaries for those who are empathetic, those in healing/care-giving arenas who pick up other people's issues and are deeply affected by them.  I feel that sometimes what's said to be mental disorders are actually a sensitivity to environmental and energetic conditions.  In those cases, Yarrow would be beneficial.  It may strengthen those who have other conditions relating to their environment such as multiple chemical sensitivity, electromagnetic frequencies or allergies.
Moonshine Yarrow protects you from other people's anger and negativity.  Think of it as a vaccine, because anger displays from one person can radically affect everyone else around them.  Someone else's dissatisfaction doesn't need to become your own.
Golden Yarrow is for the social and mental aspects of relating to others without feeling vulnerable. Helps you to interact with others from a place of strength combined with sensitivity. It's an especially good remedy if you are one who puts up walls when in relationship with other people.
Pink Yarrow aids in discerning one's own emotions from what's being picked up from others. Helps you set healthy boundaries while remaining compassionate.
Rhubarb helps us cast off negative energy that we pick up from others during the normal process of interaction.


Black Locust is protective against energy that is projected deliberately or psychic attack.  When we feel vulnerable to attack from others, can feel their anger and negativity being directed at us with intention, black locust is strengthening.


Dill flower essence deals with sensory overload.  Our present culture tends to distract and overstimulate to the point where we have a type of spiritual ADD.  The trick is to remain functional in a modern world where sights, sounds and smells are coming at you from everywhere.  The usual way of dealing, is to dull down so that we do not become overwhelmed, but what's needed is to refine and clarify, so that the senses become a vehicle for revelation.  Dill helps us put it all together to have the whole picture, rather than a bunch of little sensory impressions.
This is a 1 oz bottle that should last you at least a month.

All of our essences use brandy as a preservative. For more information and alternatives, click here.

$22.95
Anger Management flower essence blend helps get rid of rage, repressed anger, resentment and irritation. You can't control what others say or do, but you can change the way you react to them...
Add to Basket
Add to Basket
Freedom Flowers

$55.00
Flower essences can help with virtually any emotional problem you may be having. Sometimes it's not that easy to just "get over it" or "think positive". You need a little help breaking free of the...
USD